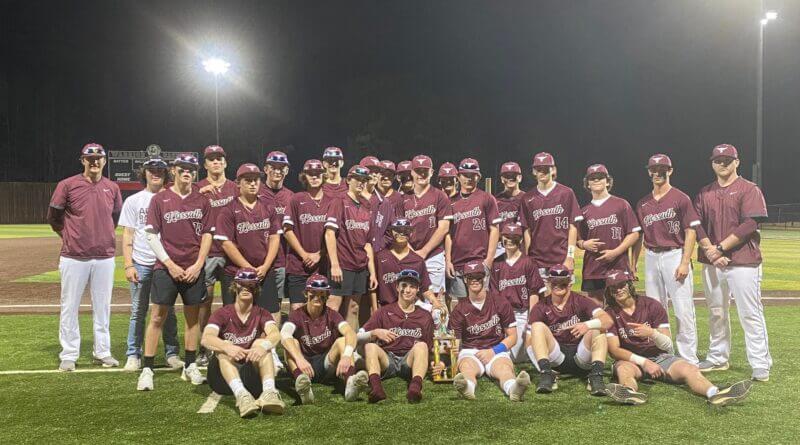 The Aggies picked up wins over Alcorn Central by a score of 11-3 then took out Corinth 11-0 to clinch the County title.

In the Alcorn Central game, Jack Johnson went 3/3 at the plate including a double with 3 RBI. Hank Eaton added a trio of RBI and Bryson Jackson added a pair of RBI. Johnson took the win on the mound, throwing 5 innings of 2 hit baseball while allowing just 2 hit and collecting 6 strikeouts.

Corinth had beat Biggesrville 12-4 to set up the championship match.

In the final game of the night, Hank Eaton took the mound and turned in an all around performance to lead the Aggies to victory.

Eaton threw a complete game shutout, scattering 3 hits in 5 innings and striking out 9 as the Aggies took the run rule victory.