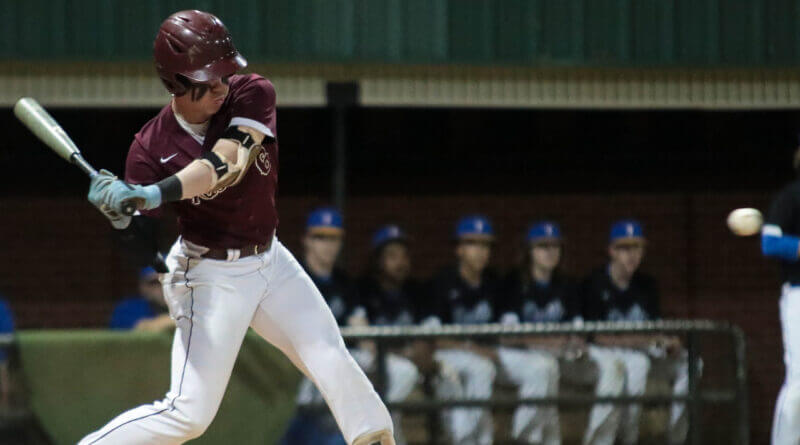 It took a while for things to get started for Kossuth in their district baseball game against Booneville on Monday.

Literally and figuratively: the game was delayed due to a problem with the lights at Booneville and it took the Aggies a couple of innings to get their first run across. Once things started clicking, Kossuth was able to pull away.

The Aggies moved to 5-5 on the season with a 7-1 win over their district rivals from Prentiss County.

Kossuth pitcher Hank Eaton got a 1-2-3 inning in the top of the first thanks to a double play turned by a Jake Allen to Rylan Henry to Wes Phillips play.

The Blue Devils would not advance past 2nd base until the bottom of the 7th inning.

Eaton would take the win on the mound, scattering 2 hits and striking out 4 in 6 innings of work. Hunter Hutchens would come in and work the final three outs.

Kossuth got on the board first in the third inning with Phillips being hit by a pitch with the bases loaded, scoring TJ Oakman. Bryson Jackson would score Johnson on a sacrifice fly, then Henry would add a sac fly that scored Eaton and a 3-0 lead.

The Aggies would add a pair of runs in the top of the 6th and top of the 7th to ice the game.

At the plate, the Aggies were led by Henry who went 3-3 with a trio of RBI. Bryson Jackson added a pair of RBI and Ashton Knight had a triple in the contest.

Kossuth and Booneville are set to square off again Friday night in a home contest for the Aggies, who are 2-1 in district play currently.