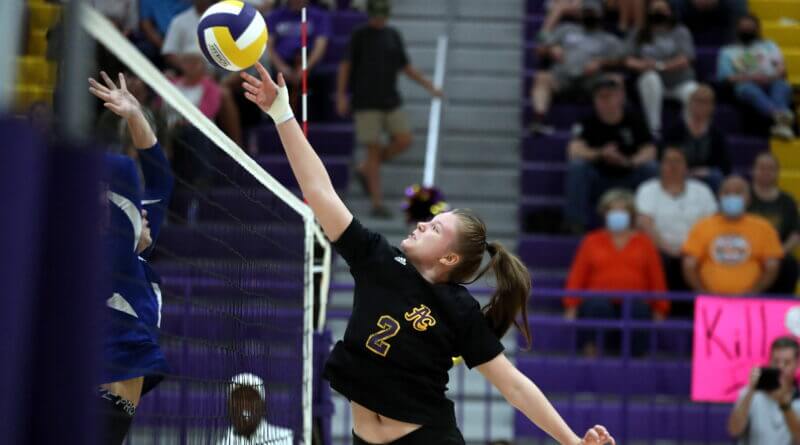 Alcorn Central’s goal all season long has been to progress past where they got a season ago.

To do that, they will have to make it to the state championship game. And, to do that, they had to win their 2nd round playoff matchup against Water Valley.

The Lady Bears answered the call.

Central swept Valley 25-12, 25-14, 25-16 on Thursday to set up a match against Kossuth for the North Half Championship on Tuesday.

The Lady Bears were dominant at the net, turning in 45 kills as a team and getting 39 assits from Amelia Lancaster. Central was led by Cayleigh Shipman with 12 kills. Mia Griffin added 8 including this thunderous one to end the opening set.

Griffin added 14 digs and 4 aces. Lancaster, on top of her assists, added 5 digs and 3 aces. Sydney Howie led with 20 digs and had 5 kills on 5 attacks. Allie Kirkland had 8 kills while Ivy Mirabella contributed 6 kills.

Central is set to take on Kossuth, winners over Amory on Thursday, on the road Tuesday.