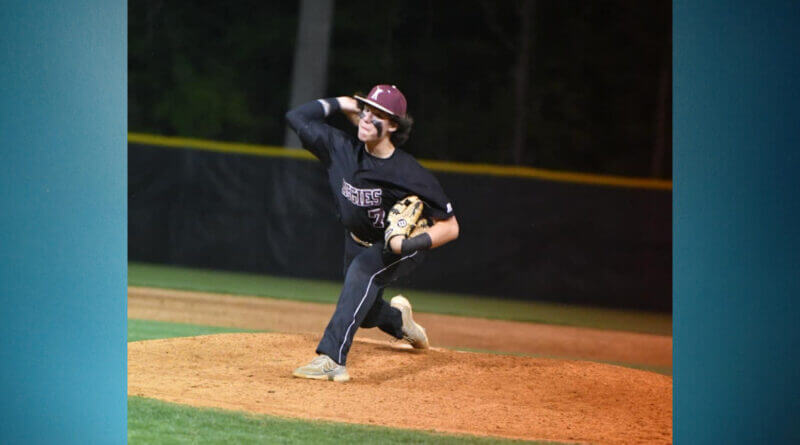 Kossuth’s Hank Eaton will be a sophmore for the Aggies this upcoming season.

He has already made a major announcement about his future.

The talented hurler announced his commitment to play Division 1 baseball in the SEC, committing to Auburn on Wednesday night.

Eaton had recently camped at Auburn. He picked up a commitment after that and took the chance.

He had the following to say via social media:

I have always dreamed of playing baseball at the next level, specifically in the SEC. God has already blessed me with more opportunities than I could have ever imagined. Today I am announcing my commitment to play baseball at Auburn University!!!!

Eaton was named a Freshman All American after last season where he posted a state leading 122 strikeouts.

Opponents hit just .166 against Hank this past year, which was among the lowest BAA’s in the state.

A big pickup for Auburn, as Eaton is the #1 ranked player in the state of Mississippi according to some publications.