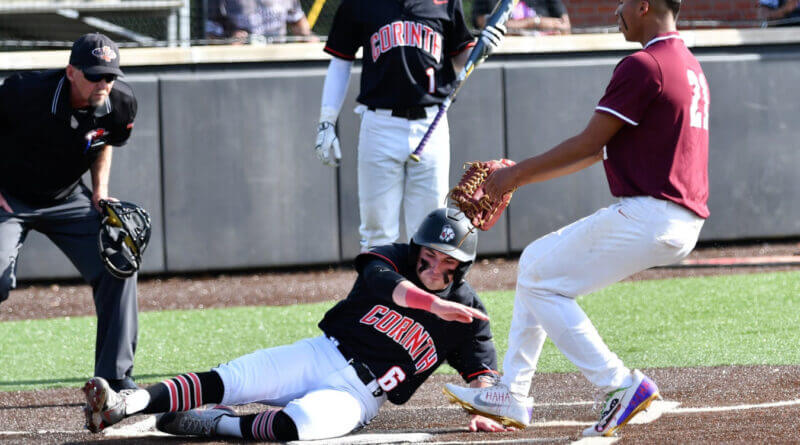 Corinth came in to their first round series against Choctaw Central as the heavy favorite, taking on the #4 seed as the top seed from District 1-4A and the #4 overall 4A team in the state according to MaxPreps.

The Warriors from Corinth did what heavily favored teams do.

Corinth picked up a pair of shutout victories to advance to the 2nd round of the 4A state baseball playoffs.

The Warriors took game one 15-0 with Chess Parker picking up the win on the mound allowing just 3 hits in 5 innings of work. Braden Mills led at the plate with a pair of hits including a double and 4 RBI.

Corinth followed that up with a 13-0 win in game 2 with Madden Butler taking the win as the starting pitcher. Butler scattered 3 hits in 7 innings of work to take the victory. Cole Clark led at the plate with 3 RBI.

The Tigers are set to take on Caledonia who swept Yazoo City in the opening round. First pitch is set for Thursday at 6 pm.