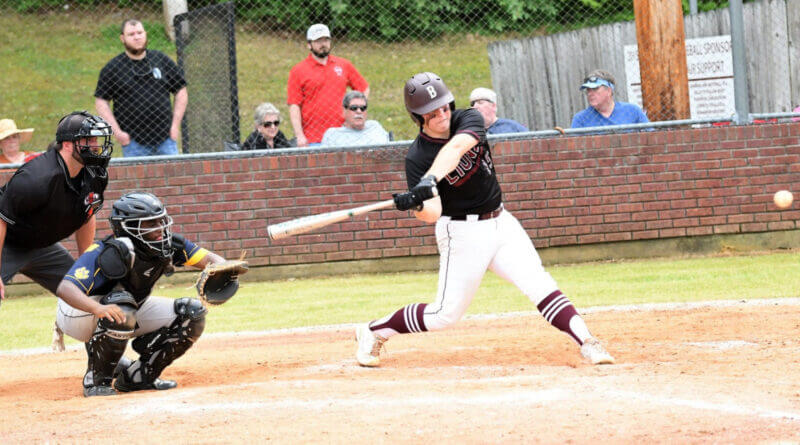 Biggersville made quick work of their first round opponent in the 1A state baseball playoffs, picking up a pair of run rule victories to advance to the second round.

The Lions defeated the visitors from West Lowndes 10-0 and 12-0 to set up a second round showdown with Hickory Flat.

In game one, Ward Johnson went the distance, striking out 10 in 5 innings while allowing just 2 hits as Biggersville the 10-0 victory.

Tre Mayes led at the plate with a pair of hits including a homerun as he finished with 3 RBI. Cole Baggett, John Eaton and Drew Rowsey each had a double in the contest with Luke Overstreet, Johnson and Rowsey contributing multiple hits.

Game two was more of the same, as the Lions finished off the contest in four innings by a score of 12-0.

Quinton Knight picked up the victory on the mound, striking out 9 against just 2 hits.

Cole Bagget led at the plate with a 3 RBI double. Jack Eaton and Zach Winters each had a double while Luke Overstreet added a triple.

Biggersville takes on Hickory Flat, who defeated Smithville in sweeping fashion in round one. The Lions will start the series on the road against the Rebels.