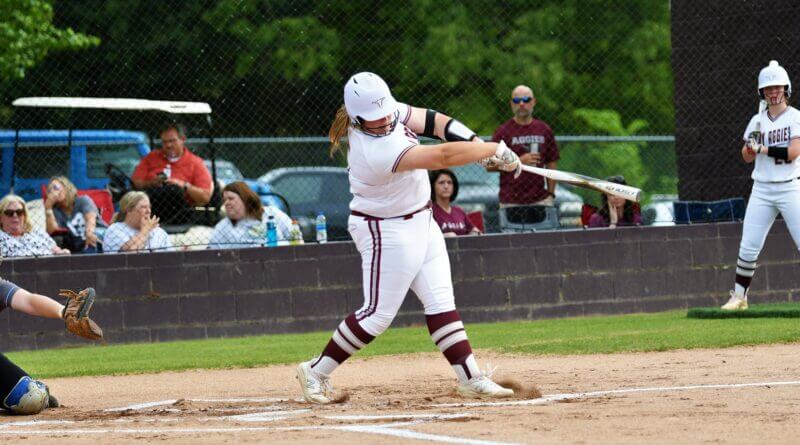 The Lady Aggies of Kossuth made quick work of their second round softball opponent.

Their prize? A trip to the third round of the state softball playoffs.

Kossuth defeated Water Valley in sweeping fashion, taking game one 14-2 and game two 10-0. The Laddy Aggies moved to 17-9 on the season.

Maddie Mask led Kossuth at the plate in game one, notching a trio of hits including a double and 5 RBI. Brooklyn Bascomb was not far behind Mask’s offensive output, as she put up a pair of hits that included a homerun. Anna Beth Marlar along with Ava and Katie Mask had extra base hits and Ella Jobe contributed three hits.

Ava Mask took the win in the circle in game one, scattering 5 hits and collecting 10 strikeouts.

In game two, the Lady Aggies picked up a run rule victory as they outhit Water Valley 9-3. Maddie Mask took the victory in the circle, striking out 11 batters.

Marlar again contributed a double to go along with a pair of RBI. Jobe, Bascomb and Katie Meeks each added a pair of hits.

Kossuth is in action in the third round against Houston. They start the series on the road on Friday before playing back at home on Saturday.