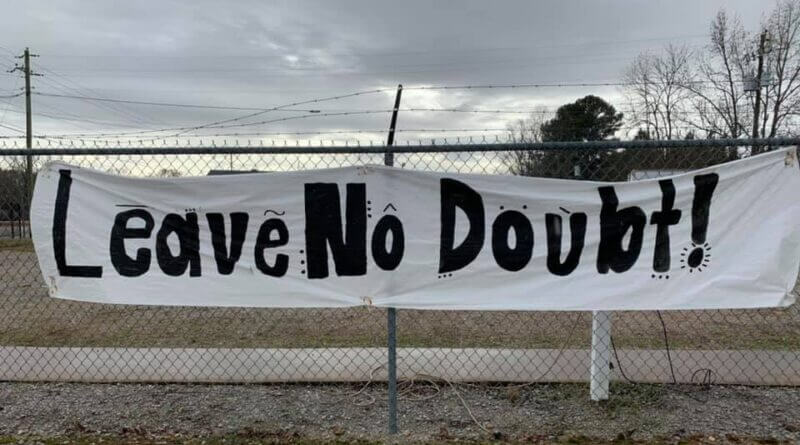 The road to the state title game has been anything but an easy one for the Biggersville Lions.

Despite their gaudy point differential this season (they have outscored their opponents 538-77 on the year) and their unblemished record (they sit at 11-0), the Lions have faced more than their fair share of adversity in a season defined by overcoming difficulties.

Biggersville lost their multi-year starting quarterback, Quinton Knight, before the season ever started. Insert freshman Drew Rowsey, who goes on to earn a spot on the Super 24 All District team. Rowsey was lost in the first round of the playoffs.

The show must go on, and it does for the Lions. Dylan Roswey steps in as the quarterback, Goldman Butler continues to carry the load while Zae Davis has continued to hit homeruns, providing lightning to the Butler thunder. The Biggersville defense keeps rolling, punishing whoever has the ball and making big plays all over the field.

With the undefeated record has come quality opponents. The Lions have faced four of the top 8 1A teams in the state this year, including one twice in TCPS. They have had to defeat three top 7 teams just to get to the state title game.

In the first title game appearance for Biggersville, the Lions are set to face off against the Lumberton Panthers (11-1) who have played for three of the last 10 titles, winning one.

Lumberton has outscored their opponents 408-79 on the year. They got a forfeit win over McAdams in round 1 followed by convincing victories over Stringer and Simmons to get to the state title game.

Biggersville and Lumberton are the top two teams in the state and have been for the majority of the season according to most rankings. Friday at 3, the Lions face their toughest test of the season on the games biggest stage.

The Lion response to their first trip to the title game?

Leave no doubt that they belong.