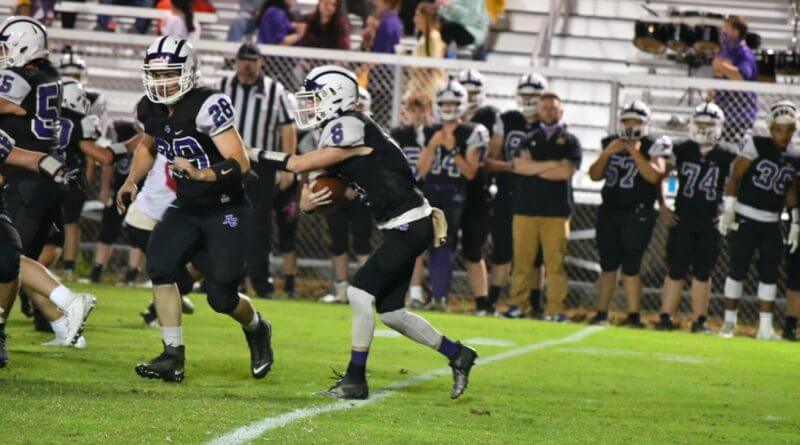 Alcorn Central and Potts Camp were locked in a defensive struggle early on Friday, with the teams combining for negative total first quarter yards and the only score coming on a safety for the Golden Bears as they took a 2-0 lead.

The Central defensive intensity continued, leading to several big stops and a defensive score against the Cardinals, while the offense found success on the ground with the legs of Junior quarterback Jacob Leatherwood. The end result was a 33-15 lead for the Golden Bears.

Alcorn Central got a safety on a bad snap from Potts Camp which made it’s way into the endzone that resulted in a 17 yard loss with 2:36 to play in the first quarter. From that point forward, the Bears never trailed.

Parker Rushing returned and interception for a touchdown and Leatherwood scored two touchdowns in the second quarter as Central built a 23-0 halftime advange. Central has outscored their opponents 66-0 in the first half the last two weeks.

Potts Camp got on the board with a Joshua Blake touchdown pass and two point conversion in the third quarter to cut the Alcorn Central lead to two scores at 23-8.

The Bears answered back with a Justin Hernandez field goal to push the lead to 26-8.

Central and Potts Camp would trade touchdowns again, with Leatherwood providing the final score of the night for the Golden Bears as they took the 33-15 victory.

Alcorn Central moved to 2-1 on the season. They are on the road in the border war game against Tishomingo County on Friday. It is Tish County’s homecoming.