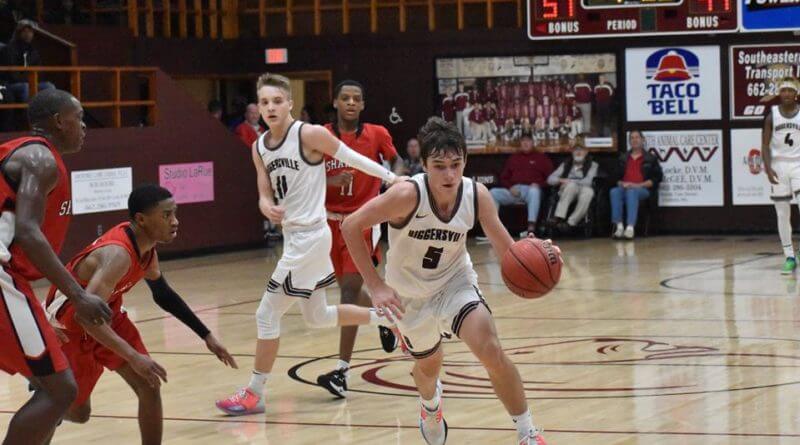 The Biggersville Lions keep figuring out ways to win.

The last two games, they’ve trailed after the first quarter against quality opponents.

The last two games, the Lions have used explosive scoring bursts and lock down defense to come away with victories.

Biggersville moved to 7-0 on the season with a Thursday night win over rival Wheeler and a win at the BIGG Classic over a very talented Shannon squad.

At the BIGG Classic, Biggersville found themselves in a bigger hole, down 24-14 at the end of the first quarter.

Hunter Stacy was named the games MVP with 20 points. Telick Barnett had 14. Brooks Brand and Zae Davis each contributed 12.

Biggersville has a big non-district matchup next on their schedule against Baldwyn.

You can see more Biggersville basketball pictures from Dena Barnett here, from Larry Glidewell here and on Alcorn County Sports on Facebook.