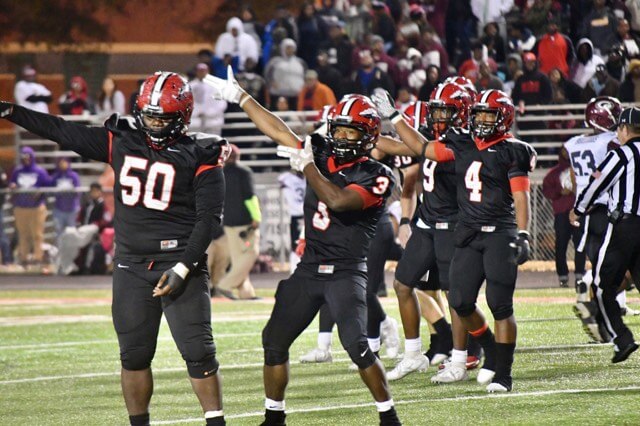 Corinth is headed to play for a football state championship after dispatching Greenwood at home on Friday by a score of 31-14.

The Warriors took revenge on the team that put them out of the playoffs last season.

Corinth got on the board first with a 1 yard DT Sheffield QB run after he broke off a 58 yard scramble to get the Warriors in scoring position.

The Warriors got on the board next with a Sheffield score through the air, as he hit Cayden Betts for a 40-yard TD pass in the first quarter.

Corinth then faced its first real adversity of the playoffs as Greenwood’s Deandrea Smith scored on a 5-yard TD run on the first play of the 2nd quarter and then the Bulldogs recovered an onside kick.

The Warrior defense did what it has done all year: respond. They didn’t allow Greenwood in the endzone despite some questionable officiating and got a Deshaun Brooks interception which led to a John Ellis Murrah field goal just before the half for a 17-7 advantage.

The second half was traditional Warrior football: grind the ball and play defense.

After Greenwood pulled within 3 points at 17-14, the Warrior ground game put up a pair of scores and the defense played lights out to ice the contest.

The Warrior defense then did what it does best: create havoc. Havoc came in the form of them creating their fourth turnover of the contest giving the ball back to the potent rushing attack.

The rushing attack would not let the raucous home crowd down.

Tam Patterson scored on a 2 yard plunge to ice the game and send the Warriors off towards the state championship game.