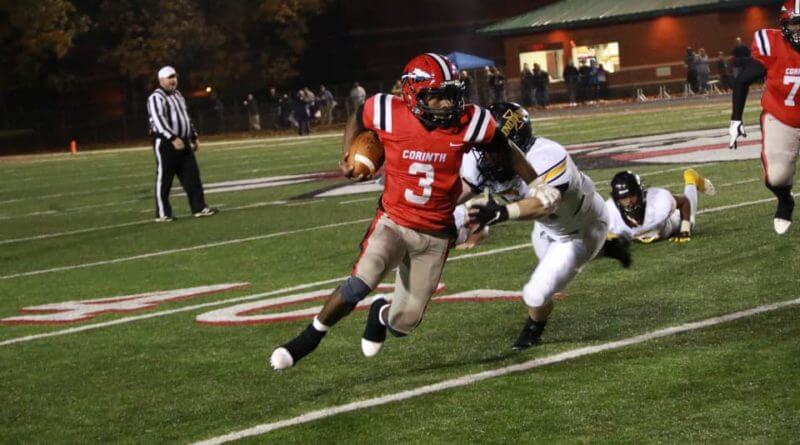 The Corinth Warriors know that just getting to the third round of the state playoffs is an accomplishment. They’ve been there the last two years, one of the last eight teams standing in the state.

After losses in the third round each of the last two years, the Warriors weren’t satisfied with the congratulations that come with a good, hard fought season.

After tasting defeat, they knew they wanted something more. Not satisfied with good, they had a hunger for great.

They had unfinished business.

Act three in their quest for an elusive state title ended in victory on Friday night as the mighty Warriors downed previously undefeated IAHS 44-31.

Corinth won at all facets of the game: outgaining the visitors 445-245 and limiting the 4A Mr. Football Ike Chandler to just 68 yards.

The Warriors now move on to host the North Half Championship contest against the team that eliminated them last season, Greenwood. Kickoff is set for 7 pm next Friday night.