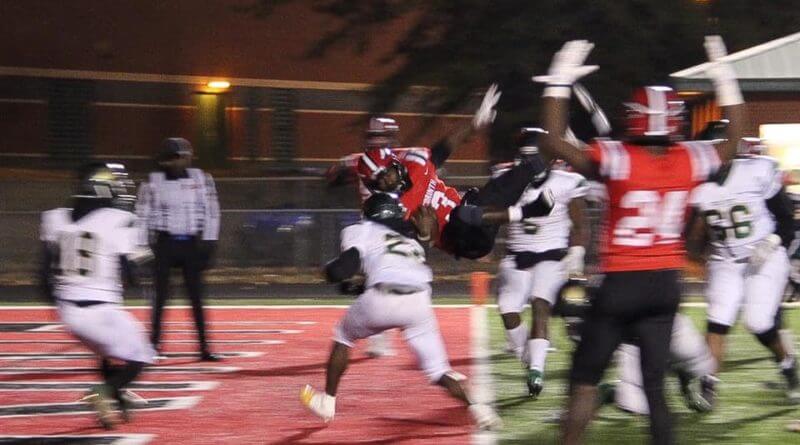 Stop me if you’ve heard this one before: the Corinth Warriors raced out to a big halftime lead and cruised to a dominating win over a 4A foe.

If that refrain sounds familiar it is because, frankly, it is exactly what has happened against every 4A opponent thus far this season.

In 2019, the Warriors have outscored their 4A opponents 269-6 in the first half of ball games, including a 35-0 halftime advantage against Rosa Fort en route to a 49-6 victory.

Against Rosa Fort on Friday, Corinth outgained the Lions 409-136. Five different Warriors found the endzone: DT Sheffield had a pair of touchdown passes, one each to Naz Jones and Calvin Jones. Sheffield also ran in for a pair of scores. Naz Jones, Cayden Betts and Christian Barber all scored on the ground.

Rosa Fort only got on the board as time was preparing to expire on a 51 yard pass agains the Corinth second unit.

All eyes will be upon Corinth this upcoming Friday in a premier matchup against an undefeated squad from IAHS. The Indians from Itawamba will come to town for a 7 pm Friday night kickoff next Friday.

More pictures from the Rosa Fort game from Melissa Butler can be found here.