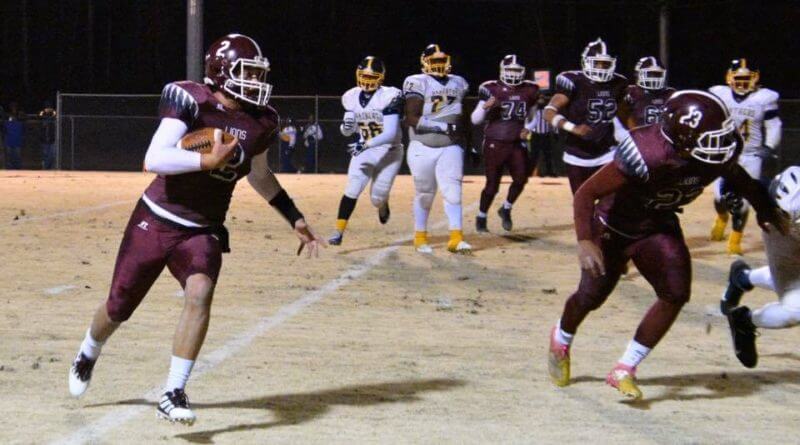 The Biggersville Lions turned in a dominating defense performance and racked up over 200 yards rushing and cruised into the second round of the playoffs with a 44-6 victory over West Lowndes on Friday night.

Biggersville got on the board on their first drive with a 10 play, 66 yard drive that culminated in a Goldman Butler 10 yard touchdown run. A Quinton Knight two-point conversion put the Lions on top 8-0 and the route was on.

The highlight of the game came on the defensive side of the ball, though. Biggersville held the Panthers of West Lowndes to just 70 total yards on the night. They also got on the board with a safety and created a pair of turnover on the night, including a John Garrett Overstreet fumble recovery that nearly went for a touchdown.

Biggersville is back in action in the 2nd round Friday night against Noxapater.

More pictures from Friday nights contest by Dena Barnett can be seen here.