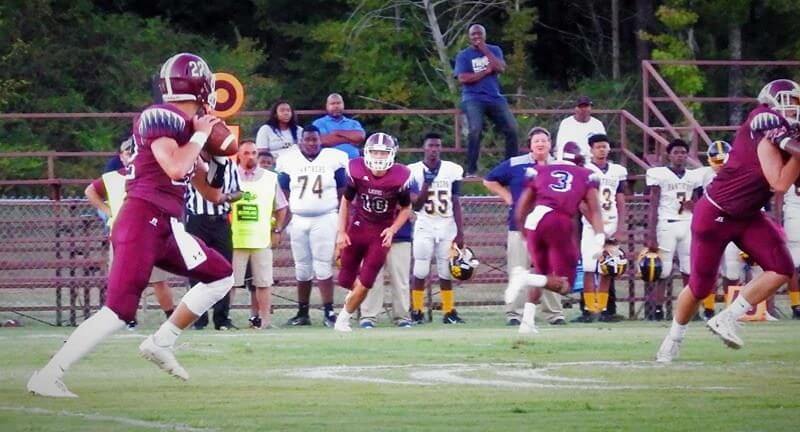 The Biggersville Lions have turned in 20 wins over the last two seasons thanks in large part to a dominant running attack and stifling defense. With starters returning in multiple positions, the Lions look to carry that momentum in to 2019.

Biggersville’s offense this season will look to rely more heavily on the arm of talented junior quarterback Quinton Knight. Knight accounted for over 1100 yards and 20 touchdowns last season for the Lions and he will be looked to for additional production this season. A backfield rotation of Goldman Butler (19 career TD) and Telick Barnett will run behind a veteran offensive line with 4 returning starters. A new look WR core will feature a pair of talented yet unproven sophmores in Zyonn Mayes and Zae Davis.

On defense, Biggersville returns 8 starters from a unit that gave up only 12.6 ppg last season. They bring back the 5 leading tacklers from a season ago, led by Butler from his inside linebacker position. The front 8 for the Lions will have the ability to shut down most opponents with John Garret Overstreet coming back as the second leading tackler from a season ago along with John and Jack Eaton at the linebacker positions. Along the defensive front, Bryson Pollard, Direnzo Shields and Rickey Rivera return as a trio of experienced linemen. JaRell Jones returns as the most experienced member of the secondary.

If Knight can step another step forward after two years playing in the system, Biggersville has the ability and the talent to duplicate or exceed their success in 2018.

The Lions open the season on August 23rd against Adamsville, Tenn. A September 6th trip to former division foe TCPS will be a good barometer for the rest of the season. Circle the first home game against new division opponent Myrtle on September 27th and at Baldwyn on October 10th to be games that could decide the division champion.