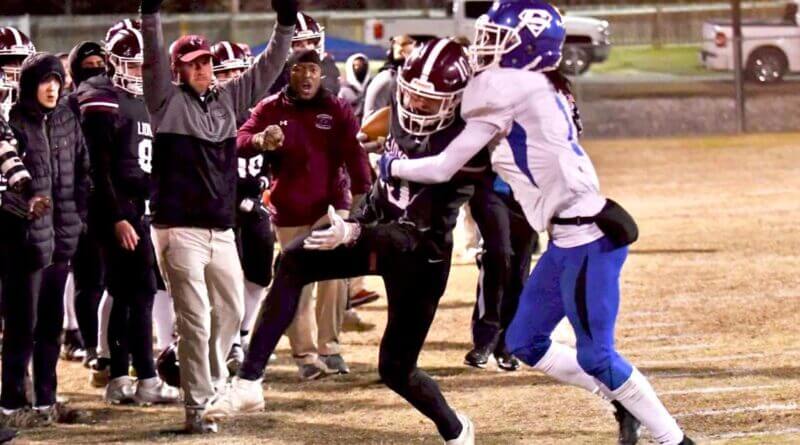 Biggersville remains undefeated, heads back to North Half

The Lions avenged last seasons playoff loss and roar their way back to the North Half championship game all in a wire to wire win with plenty of fireworks in between.

After jumping out to a 14-0 lead with a big 4th down stop sandwiched between a Drew Rowsey to Tre Gunn touchdown connection and a Jathan Hatch TD run in the first quarter, the game was a back and forth affair for the rest of the game.

The Lions, as they have so often done during their undefeated season, got a big play precisely when they needed it.

The biggest play of the night came from the 1-1A player of the year, as Dylan Rowsey took a 92-yard pick six to the house with under 4 minutes remaining in the ball game which ultimately sealed the victory and put the Lions one away from a chance to play for a state title.

The Lions are set to take on McEvans on the road next Friday night for North Half.