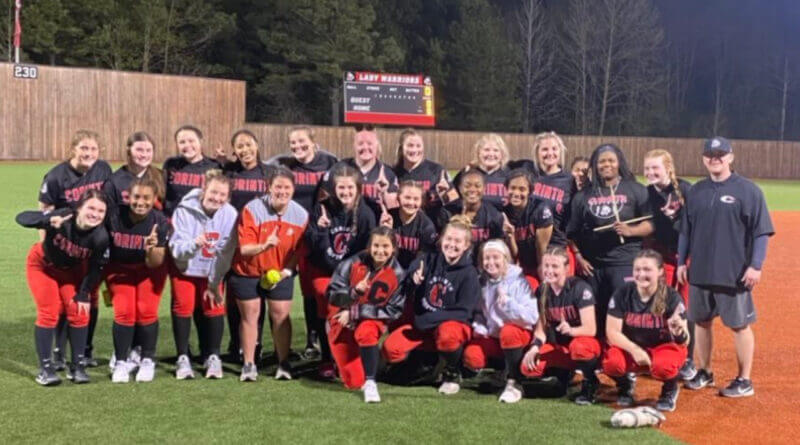 The Lady Warriors of Corinth and the Lady Braves of Tish County battled back and forth in their two games this season.

Through 10 innings played in their 1-4A matchups, the aggregate score was 8-7 in favor of Corinth.

The Lady Warriors, needing a win to clench the district crown, busted through in the 4th inning on Thursday and 8th grader Kinley Pittman pitched a scoreless final three innings to ice the game.

The end result? An 8-4 win and a district championship, Corinth’s first since 2016.

Pittman also led at the plate, knocking in 4 runs on 3 hits including a pair of doubles.