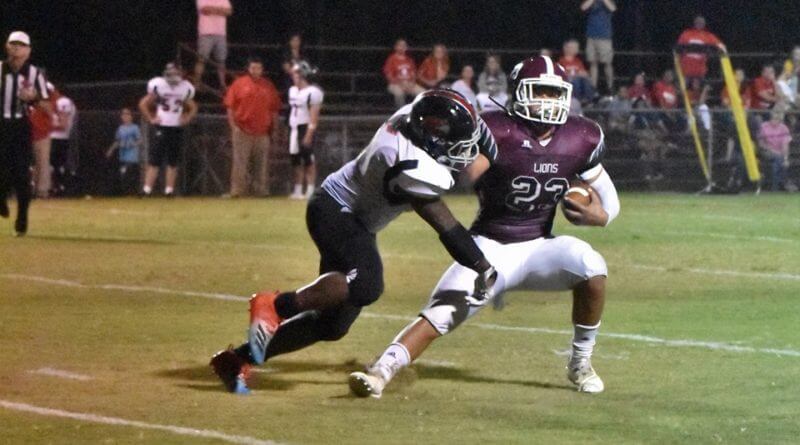 Biggersville began their district slate on Friday with a home game against the Myrtle Hawks in what was Myrtle’s first ever district game.

The Lions rolled to a 46-20 victory over the visiting Hawks to move to 3-1 overall and 1-0 in district. After two by weeks in the first part of the season, Friday night’s game marked the first of 7 straight district matches.

Biggersville jumped out to a 14-0 first quarter lead behind a pair of touchdown runs, one from Goldman Butler and one from Quinton Knight. Knight also hit JaRell Jones with a 60 yard completion in the first. The speedy Jones also took a reverse for a 17 yard touchdown in the first half to give Biggersville a 20-7 first half advantage.

In the third quarter, Myrtle got within a single score after AI Nugent’s 2nd rushing touchdown moved the score to 20-14 but an unsuccesful onside kick game great field position to Biggersville.

Biggersville went on to get 3 more rushing touchdowns from Butler and picked up a score on a Knight to Zae Davis completion to close the door on the game.

Butler and Bryson Pollard led the team with 11 tackles.

Biggersville travels to Ashland in another district matchup on Friday. You can see more pictures from Alcorn County Sports Larry Glidewell by clicking here.