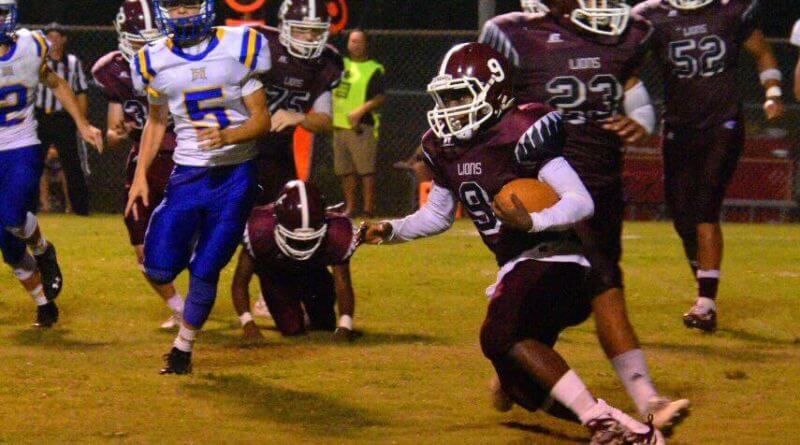 Biggersville got as big play just before halftime and used a second half explosion to come away with a 46-27 victory over Hatley on Friday.

The Lions were trailing 14-8 with 3 minutes to play before halftime after Hatley’s Markhel Hunt scored his 2nd touchdown of the first half on a pick 6. But Andre Green returned the ensuing kickoff 99 yards for the go ahead touchdown just 15 seconds later.

Biggersville would never trail again as they went on to outscore Hatley 28-13 in the second half.

Goldman Butler would end up with four rushing touchdown.

Biggersville is on a bye week before taking on Myrtle on September 27th. More picture from Dena Barnett at this game available by clicking here.