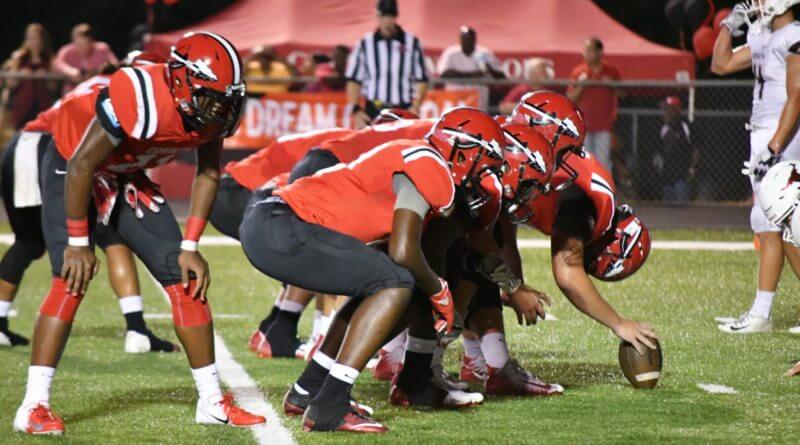 The expectations for the Corinth Warriors football season in 2019 were already sky high with them bringing back multiple starters and coming off back to back trips to the third round of the playoffs.

After Friday’s trip to Horn Lake, where Corinth came away with an impressive victory over the defending state champs, the buzz and expectations for this season are near an all time high.

For the Warriors, the expectations can be summed up in their early season motto: Unfinished Business.

If those two aren’t enough for opposing defenses to contend with, consider that standout seniors Carter Bonds and Will Agnew will line up in coach Todd Lowery’s Wing T. Add to the mix a playmaker out wide in DK Gaines and four returning starters on the offensive line, including senior Cooper Frazier who has received 4 D1 football offers, and the Warriors offensive attack could improe on their numbers from last season when they averaged 43.5 points and over 420 yards per game.

The Warrior defense will feature several two way iron man players. The good news is they are very capable of turning in a dominating performance this season. Frazier will assert himself on the defensive line along with Deshaun Brooks and Deminick Singleton. Carter Bonds is one of the states top linebackers. Sheffield, who tallied 9 interceptions last season, will roam the secondary along with Agnew. John Ellis Murrah will return tohandle all kicking duties.

Corinth will suit up 18 seniors this season in what feels like the makings of a special season. They open the regular season August 23rd against Shannon before a home date with Tupelo the following week. Division play starts October 4th with Tishomingo County.