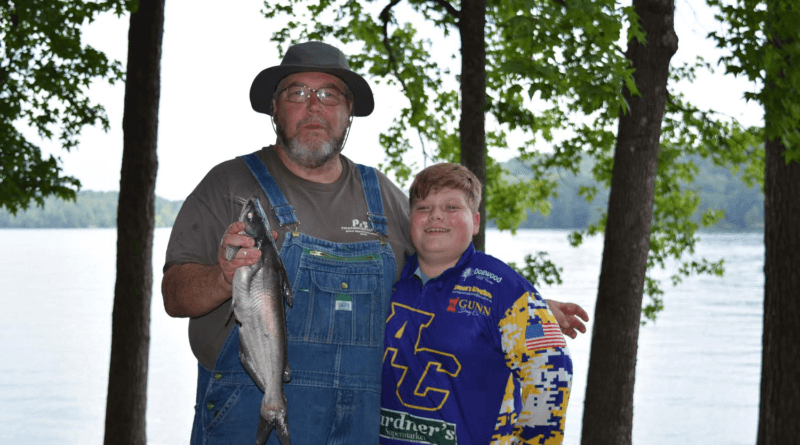 Straight Off the Water

The people of North Mississippi are well aware that fishing is more than a hobby. That is something that local fishermen Samuel and Keena Wiginton wanted to make sure Jr. High and High School students in our area understood.

The North Mississippi Youth Anglers Association came about after Wiginton approached Alcorn Central High School Principal, Mr. Brandon Quinn. The formation wasn’t immediate because it first originated as the Alcorn Central Fishing team. However, after some youth anglers in our area caught word that AC had a team, they wanted to a bite of the fun.

That is when NMYA was born. Students from Alcorn Central, Kossuth, Biggersville, Tishomingo County, and Corinth Middle School have all taken an interest in the sport.

Mr. Wiginton told me that his main goal for putting together this organization was to give students the chance to participate in some type of school activity. Although that was the root of the idea, other things went into play when the thought was originally considered.

The North Mississippi Youth Anglers Association is a member of the parent organization, the Student Angler Federation. As a member of the SAF, student participants can earn scholarships and win prizes associated with certain tournaments. Last year alone, the Student Angler Federation awarded over $2.7 million in scholarships and prizes during the 2019 World Championship in Muscle Shoals, Alabama.

Each tournament, students have the opportunity to win cash prizes, trophies, and potentially a winner’s plaque. All student fishers are accompanied by a boat captain and sometimes a teammate. Competitors each fish for individual totals that land them on the leaderboards. At the end of the tournament, each fisherman weighs in to decide the winner. Point totals are kept after each tournament and added up at the end of the year to determine who the Angler of the Year is at each participating school.

The NMYA tries to host at least one tournament per month. This is to help prepare each angler for the State Tournament in March. This gives each guy or gal the chance to land a spot at the National Tournament which might lead to a bid to the World Championship. Several college coaches attend this event including coaches from Blue Mountain and Itawamba Community College.

The most recent tournament hosted by the North Mississippi Youth Anglers was this past weekend at Goat Island. The tournament consisted of nine youth anglers from our area. This week’s tournament was a catfish tournament.

For more information on how to become a part of the North Mississippi Youth Anglers Association, contact Samuel Wiginton at northmississippiyouthanglers@yahoo.com.