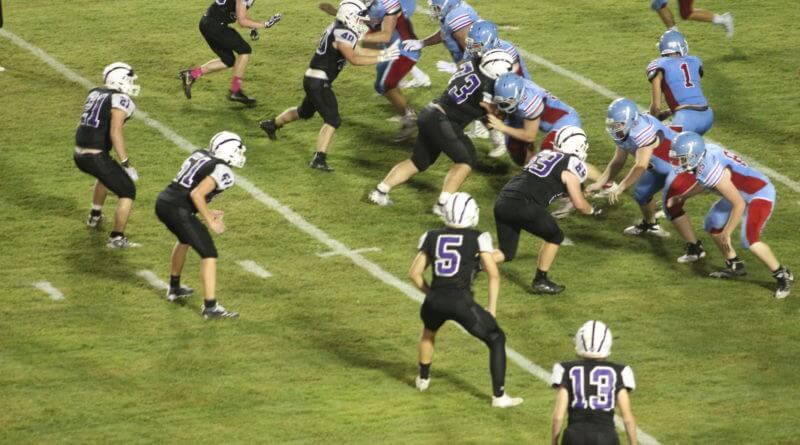 Alcorn Central football fans are no strangers to the run game. After all, it has been the bread and butter of the Golden Bear offense for at least the last five years.

Friday night was no exception. The Rebels of Thrasher got a taste of the non-stop run game when they met the Bears during their home opener.

If you listened on the radio or watched the game in person, you saw much of the same thing and heard many of the same names. The offense was well staffed early in the game, but after a few hard drives and several plays, injury plagued some active members of the offense. Those guys were Quarterback Jacob Leatherwood and Running Back Blake Doran.

Before AC had any issues with player health, they got a quick start by drawing first blood on the scoreboard in the first quarter. That is partly due to the joint efforts of Charlie Staley and Kamron Rorie.

Doran made the most of his playing time during the second quarter before injury. He is one of the handful of Golden Bears that sees playing time on both sides of the ball. While set up for the kick return, Doran secured the ball and took it to the house for a 73 yard kick return.

During the first half, the Golden Bear defense was able to make several good stops which held the Rebels to a six point deficit at halftime. Some of these stops came from big tackles and hard hits from guys like Tyson Harmon, Bryson Letson, Gavin Lowery, and Blake Doran. The score heading to the locker room was 14-8.

Thrasher won the toss and decided to defer, so they began the second half in possession.

The Rebels tried making the most of their second half possession but they often struggled to maintain control of the ball. AC was able to pickup on the turnovers caused by Thrasher fumbles and failures to advance on downs. One of these turnovers resulted in a Golden Bear touchdown.

The back and forth continued as the Golden Bears allowed Thrasher to another touchdown.

Late in the fourth quarter, the Golden Bears had the opportunity to shave time off the clock and potentially stretch the lead. A bit of miscommunication left the Bears short on the one yard line when the Bears lost the ball on a high snap.

The Rebels took control and were able to move down field, but with determination and good defense, AC took down the Rebels and claimed victory 20-16.

Coach Meeks of the Golden Bears is hoping that a first game win is a good indicator of the hopes for the season.

Alcorn Central will travel to Middleton this coming Friday night for the first away game of the season.