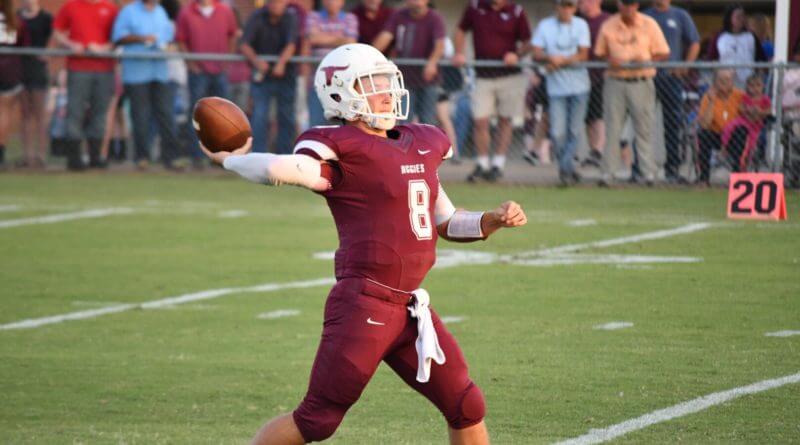 It was a tough week in Alcorn County Football action with our featured game of the week being Kossuth hosting Ripley. Let’s recap the Friday night action. 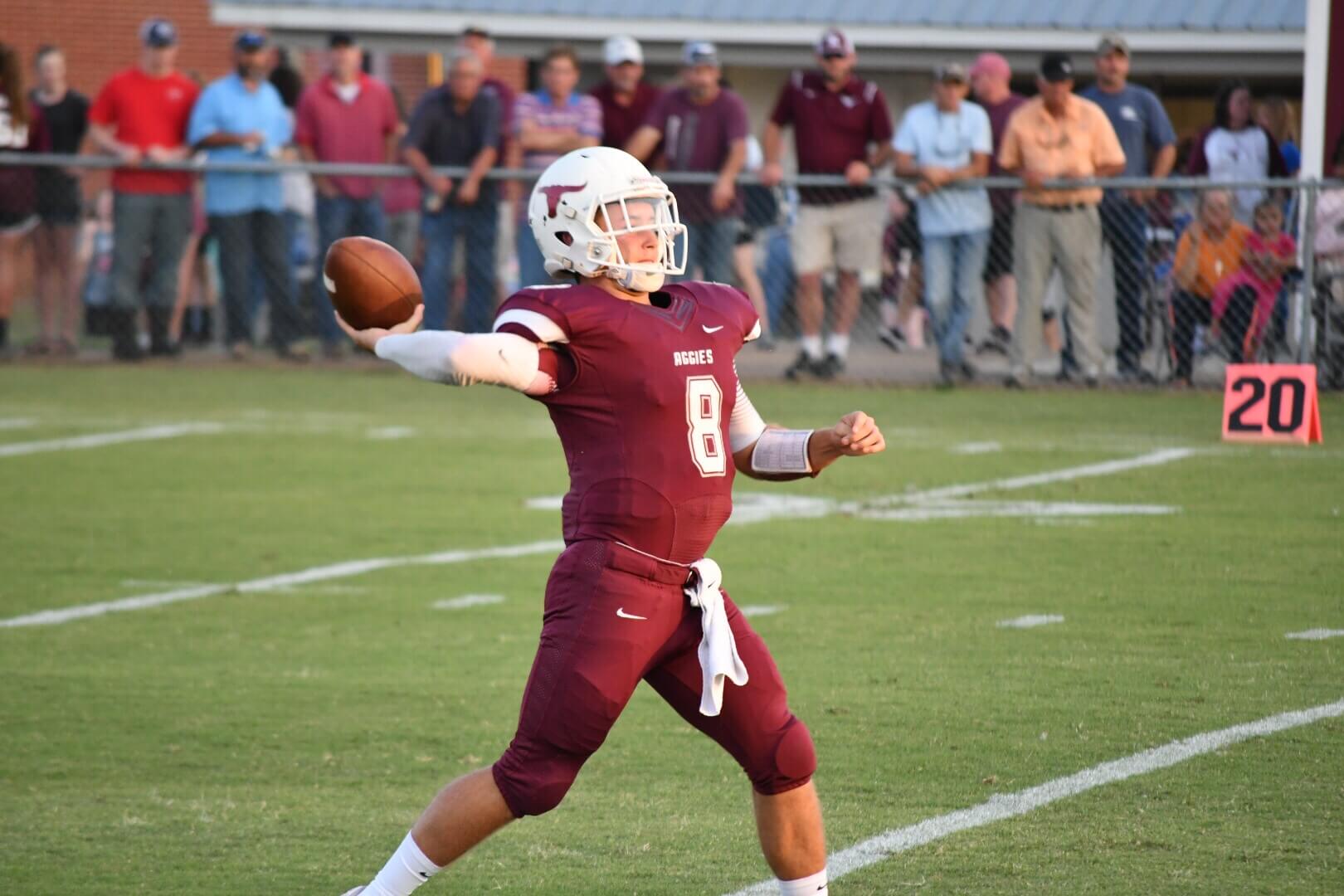 The Aggies fell in a back and forth contest against Ripley, taking the lead on a defensive touchdown late in the fourth quarter but ultimately falling 24-20. The game was marked with over 300 yards in penalties between the teams and 7 combined turnovers.

Kossuth played big on defense, creating 4 Ripley turnovers including the 68 yard scoop and score by Blain Suitor that gave the Aggies their first lead of the contest. Matthew Bobo picked off Ripley twice.

On offense Kossuth got their scoring started on a 36 yard Kota Wilhite first quarter touchdown to tie the score at 7. Kenner Mills provided the other offensive touchdown for the Aggies on a 3 yard third quarter run.

Kossuth fell to 1-1 on the year. They are at Baldwyn next Friday in non-conference action.

Corinth fell in overtime against 6A Tupelo by a score of 35-29. The Warriors had a 16 point 4th quarter lead before a series of turnovers and big plays by Tupelo’s JRock Williams, who finished the game with 5 touchdowns, brought Tupelo back for the victory.

Corinth got the scoring started on a John Ellis Murrah field goal. DT Sheffield had a touchdown pass to DK Gaines and Zach Patterson while Junior Tam Patterson had a pair of touchdown runs.

Corinth has a home football game next Friday against Melbourne Catholic from Melbourne, Florida.

Biggersville picked up the only Alcorn County victory of the night by defeating Donoho Alabama by a score of 52-14.

The Lions built a 31-14 halftime lead that included Qua Davis and Quon Mayes rushing touchdowns and a score just before the half to build the big lead. Biggersville has outscored their first two opponents 111-26

The Lions are in action next Friday against West Lowndes.

Alcorn Central fell in a heartbreaker against the Tigers from Middleton TN Friday night by a final score of 40-34.

The Golden Bears tied the game with 2 minutes to play on a 2 point conversion then created a turnover with a chance to win, only to have their own turnover in the ensuing play be converted to the game winning points for Middleton.

Alcorn Central travels to Thrasher for the opening game of the Rebels season.